Sally Rippin remembers the moment when, as a preschooler, reading clicked for her and she could suddenly decode the squiggly lines on a page.

"It felt like it was something that happened in an instant," the award-winning children's author tells ABC RN's Life Matters.

She also remembers when, later in life, she realised reading was not clicking for her son in the same way.

Life Matters is here to help you get a handle on all the important stuff: love, sex, fitness, health, parenting, career, finances and family.

By grade three, her youngest child was struggling with the lowest level book from the class set of educational readers.

He'd started saying things no parent wants to hear, says Rippin. Things like: "I hate reading, I hate books and … I hate school".

It was difficult for her to come to terms with.

"I spent a lot of time in denial, just thinking, 'No, no, no. I'm a children's author. I'm doing all the right things. He's grown up in a household of books. Surely it will click'," she says.

When it didn't, Rippin had no idea what to do about it.

She felt powerless and distraught that she'd been sold "the myth that if you just read enough to your kids, or you give them wide enough access to all the literature they want to read, then they'll just pick it up eventually".

As her son progressed through school, and his reading didn't, Rippin had to learn why — and what exactly she could do about it.

Logan's dyslexia made it difficult for him to keep up in the classroom. But when a teacher's aide suggested beekeeping, a switch inside him flipped. 'The wheels were falling off'

School was "an easy place" for Melbourne-based Rippin. As a child, she was an avid reader and writer, thanks in no small part to her dedicated schoolteacher mother.

Learning was "easy and accessible" for her, as it was for her first two sons.

She assumed the experience would be the same for her third son, whom she pseudonymously names Sam in her latest book, Wild Things: How We Learn to Read and What Can Happen If We Don't.

"It wasn't until [Sam] came along — this beautiful, sunny, bright little kid — that those things weren't happening," she says.

When his first-year schoolteacher suggested to Rippin that Sam might have learning difficulties, she dismissed the idea.

Her son was behind his peers, but she thought it would even out in time.

"I had assumed that I knew all the things that it took to become a reader … I didn't really advocate early enough," she says.

By grade three, when Sam wasn't developing required reading skills, Rippin still believed his learning would progress eventually, if she could just "find enough things that he is good at and feel good enough about himself".

Our reliance on screens is not helping children to read, a leading US academic warns, with many students not getting enough support from teachers who themselves have not had enough training. 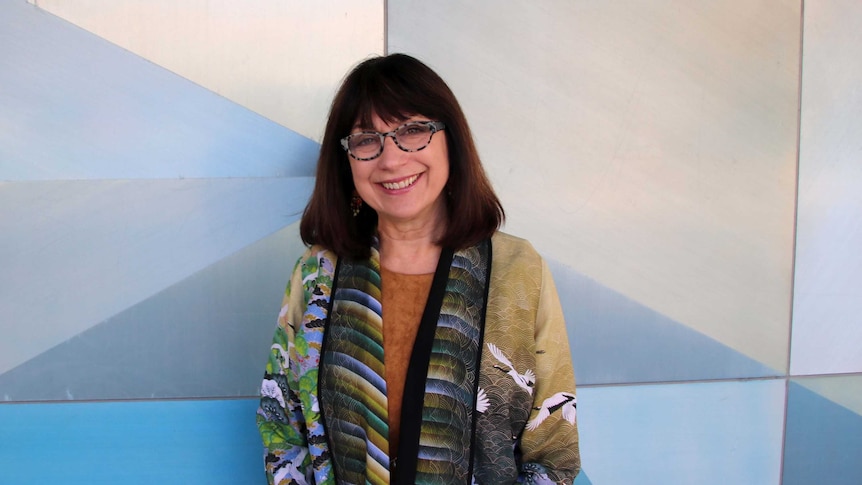 Yet things were getting harder.

Sam was acting out at school, not handing in any work and falling further behind.

By the time he started high school "not only was he unable to access his studies, but his mental health was affected as well".

His self-confidence was shot and he wanted out of school.

"It really became clear that the wheels were falling off," Rippin says.

Support too hard to find

By grade nine, Sam had been diagnosed with dyslexia and ADHD. These diagnoses proved hugely useful.

They opened the door for him to get helpful treatment and for Rippin to access useful parent support, like the Dyslexia Victoria Support group.

ADHD medication, which Sam started in grade 10, made an "instant" difference, Rippin says.

"All of a sudden, he could focus, he could retain information and, more importantly, he was being a little bit less impulsive.

"[The medication] allowed Sam to realise that he is intelligent, he just needed to find where to tap into that intelligence for himself."

Findlay has had to deal with people thinking she is "unintelligent and incapable of school itself" because of her dyslexia. Rippin wishes Sam had been able to access treatment and advice earlier.

She says information for parents about children's learning difficulties is hard to find and "very dense".

"There's a lot of books on neuroscience, about what happens in our brain as we learn to read. But they're heavy going and if you're a panicking parent, you need to find that support system really quickly."

Finding the confidence to advocate

In researching Wild Things, Rippin's ideas about learning disabilities have shifted significantly, and she's learnt more about "the social model of disability".

It's the idea that there's nothing "wrong" with a person living with disability, which is how learning difficulties like Sam's can be characterised.

"The person is perfect as they are. What we need to do is create an environment where this person can thrive," Rippin says.

Do you use your fingers for simple maths? Find timetables difficult to read? Use a digital clock? You might have dyscalculia. This understanding helped her to realise that she "had to learn to be an advocate" for Sam.

"Sam hadn't been given the resources he needs," she realised.

Now it was time to ask for them.

The resources or "accommodations" included extra time to complete exams, somebody to read Sam's work aloud to him, an individual learning plan, and mentors, tutors and specialists.

Once a parent knows these are available, "you get the confidence to advocate for your kids" alongside teachers who "want the best for your children too. They're on your kid's side", Rippin says.

She advises other parents who notice their kids struggling at school learn everything they can, get support for themselves and their child, advocate and intervene early.

He left school in year 11 due to the difficulties of remote learning during COVID-19 lockdowns.

But since then, he has developed a keen interest in astrophysics and, with Rippin's support, he's returned to study.

Rippin hopes their story starts conversations about learning difficulties, particularly for the benefit of parents who don't have her level of privilege.

"I'm financially secure, and I also speak English and I can navigate the education system … I have flexible work … I'm in a very privileged position that I could support and help Sam in the way that he needed," she says.

But, as she acknowledges, "there will be many parents out there that don't have the resources that I did".

"[Their children] are the ones that slip through the cracks … that really then find themselves going right off the rails, as my son was going off the rails."

As "a whole system", communities and schools should be supporting and backing up kids with learning difficulties to help them achieve, she argues.

"We really need to become familiar with the signs that if there's a child playing up in the classroom, if they're being a wild thing, they may not be a bad person. There might just be something going on underneath that needs a bit more support."