Australian of the Year Dylan Alcott has delivered an impassioned defence of the National Disability Insurance Scheme (NDIS), declaring "it's not broken — it's bloody great".

Mr Alcott was speaking at the Royal Commission into Violence, Abuse, Neglect and Exploitation of People with Disability, which is this week looking at what should be done to make Australia more inclusive.

His comments come during a period of upheaval for the NDIS, with new leadership and an independent review looking into various aspects of the scheme, including its sustainability.

Mr Alcott — who is not an NDIS participant — said the scheme needed to be protected and he was tired of answering negative questions about its purpose.

"[NDIS funding] is not so we can drive nice cars," he told the hearing.

"It's so people with disability can have a shower, get out of aged care facilities and … get the support in their home so they can get out and do whatever they want to do and start working."

Much of the recent commentary around the NDIS has been one-sided, writes national disability affairs reporter Elizabeth Wright. 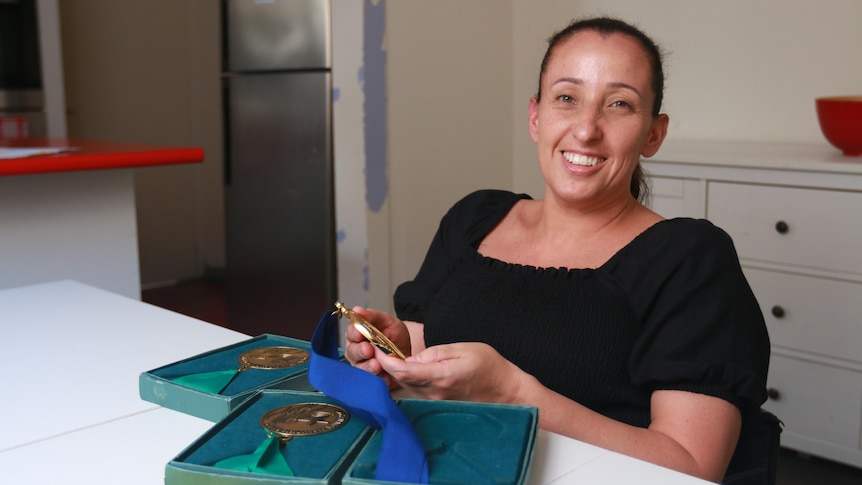 Many in the disability community have long criticised the public commentary around the NDIS as being solely focused on the cost of the scheme and not the benefits to participants and the economy.

Mr Alcott said the oft-repeated rhetoric of an NDIS "blowout" was "very dangerous".

"If we as a society constantly read the negative things about it, it becomes a negative scheme and it is not," he said.

"It can be very, very, very dangerous, because it paints us as people with disability, on the NDIS … as bludgers … getting handouts, taking the money … and it's just not true.

"It's an investment in our economy to increase the productivity of this country. That's why the NDIS was created."

Do you have a story to share? Email Specialist.Team@abc.net.au

Mr Alcott told the hearing a report by his company Get Skilled Access found kids under six who have been on the NDIS for four years, compared to those who were not, had "double the amount of friends".

"Did you know that? Like did we hear about that? Of course not," he said.

"We just hear about the cost and how it's a pain in the arse for everybody — but it's not."

'Nothing seems to be cutting through'

Mr Alcott also spoke at length about the employment prospects of people with disability.

He has been campaigning on the topic since becoming Australian of the Year, giving a speech at a government jobs summit and launching an employment website, The Field.

The royal commission heard last November 53.4 per cent of people with disability of working age were unemployed in 2018.

Senior counsel assisting Kate Eastman said employment for people with disability has been "stuck at the same level for about 25 years".

"While there have been lots of initiatives and plans, nothing really seems to be cutting through at the level of increasing employment participation for people with disability, perhaps as quickly as some people might like, and indeed, expect," she said.

Mr Alcott said people with disabilities frequently "get left out of the economic conversation" because there is a lack of expectation about what they can do.

He also told the inquiry that when he was 19, he had a job interview cancelled when the employer found out he was a wheelchair user.

"That happens every day still to so many people with disability and that sucks," he said.

'The time is now'

Mr Alcott is among dozens of disability advocates sharing their vision for an inclusive Australia with the royal commission this week.

Actress Chloé Hayden spoke about disability representation on Monday, revealing she grew up thinking she "wasn't supposed to exist" because she never saw autistic people like herself represented in media.

The royal commission has heard horrific and shocking stories from thousands of people with disability in the three and a half years since it began.

The final report is set to be delivered to the government in September next year.

Mr Alcott acknowledged it had not been easy for witnesses to share their "harrowing" stories. He told the hearing that "the time to get the show on the road and really get cracking is now".

"The commissioners, anybody in parliament, anybody in a high-up position watching over this, you're in a position of power to actually influence change," he said.

"It's not about handing in a report and then saying, 'Job's done, onto the next thing.'"