Australian of the Year and tennis champion Dylan Alcott has called on employers to hire more people with disabilities in a passionate speech at the Jobs and Skills Summit.

The summit was convened to address the Australia's dire shortage of workers.

Mr Alcott told the delegation we've "dropped the ball" when it comes to workforce participation.

"Nearly 4.5 million people in this country have some form of physical or non-physical disability, visible or invisible, and only 54 per cent of them are enrolled in the workforce," he said.

There's no reason people with disabilities should be overlooked, he added.

"It's just bloody good business because people with disability are 90 per cent more likely to be equal to or more productive than able-bodied people, we have higher retention rates, (and) lower absenteeism."

Mr Alcott said workplaces saw a 61 per cent increase in morale when people with disabilities were hired, but not enough companies appreciated the benefits.

"The unemployment rate of people with a disability is more than double, almost triple that of able-bodied people," he said.

Disabled people should also be offered pathways to becoming leaders, he urged.

"I don't want to scare you, but we want your seats," he said.

'I just want them to see me as me'

Brittany Lloyd has seen how difficult it can be to find a job when you have a disability.

Ms Lloyd said she struggled to find a job when she told prospective employers she has Asperger's syndrome.

"You mention the word Asperger's or autism, everyone's eyes seem to like, die down a bit.

Ms Lloyd is now thriving after being hired as a project assistant with the NSW Government.

"They see me as Brittany … the person who can help me with all the things I have on my plate, and make it so much easier for my workload."

Increasing free TAFE places, skilled migration, and getting mothers back into work with cheaper childcare were all discussed on the jobs summit's main stage on Thursday.

People with a disability overlooked in farm job search

Ahead of the national jobs and skills summit, farmers are being urged to consider people with a disability to help solve the worker crisis. 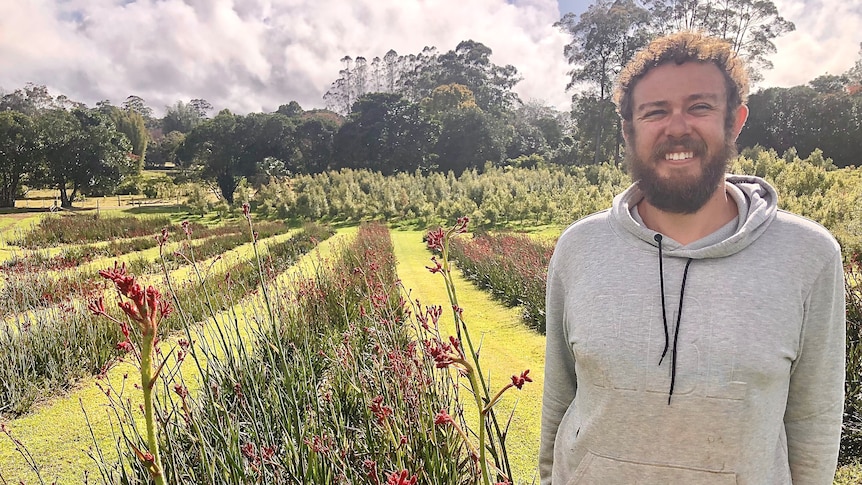 Chris Chippendale from Life Without Barriers told the AM program there needs to be an attitude shift towards disability and work.

"Unfortunately, disability is often constructed generally in the community as a deficit and not as an attribute, if you like, or just part of someone's life," he said.

Policies to increase workforce participation are on the agenda at the jobs summit, but Mr Chippendale said clarity is key.

"We've got an untapped potential of really good employees."