While this year's Olympic Games will be unique for many reasons — two-time Olympic gold medallist Kieren Perkins says speculation about whether they will happen is not one of them.

"I've never experienced an Olympics as an athlete, or since then, where in the months leading up to the games there isn't an enormous amount of dialogue about: will they happen? Will they be good? Will they be bad?" he told ABC Radio Melbourne's Libbi Gorr.

Mr Perkins, now the president of Swimming Australia, said he was "very confident" the Olympics would go ahead but admitted the pandemic had been challenging for athletes.

"[We] work through how they are feeling about these things and help them build their own resilience, through recognising the importance of staying the course … [and] building a routine to handle it as best you can," he said.

"There is a generation of hopes and dreams hanging in the balance here."

As well as keeping athletes healthy, one of Swimming Australia's biggest priorities has been keeping people in the pool.

In the early days of Victoria's latest outbreak, it transported all its ranked athletes to Queensland (before the borders closed) so they could continue to train.

"For people who dedicate their lives to doing something like that, not being able to do it is actually one of the most challenging and damaging things that can occur," Mr Perkins said.

Mental health 'at the forefront'

Mr Perkins admitted mental health support for athletes hadn't been "particularly strong" in the past, but said this year was "better than it's ever been".

Australian athletes will be travelling with a full medical team including mental health professionals.

"Given the circumstances during the COVID period, this amount of communication and advice has been at unprecedented levels," an AOC spokesperson said.

"Feedback from the athletes has been very positive."

Focusing on what you can control has always been key to Mr Perkins' success and resilience.

During his first Olympics Mr Perkins' bus got lost on the way to his swimming final.

This is why Japan's government can't just cancel the Olympics 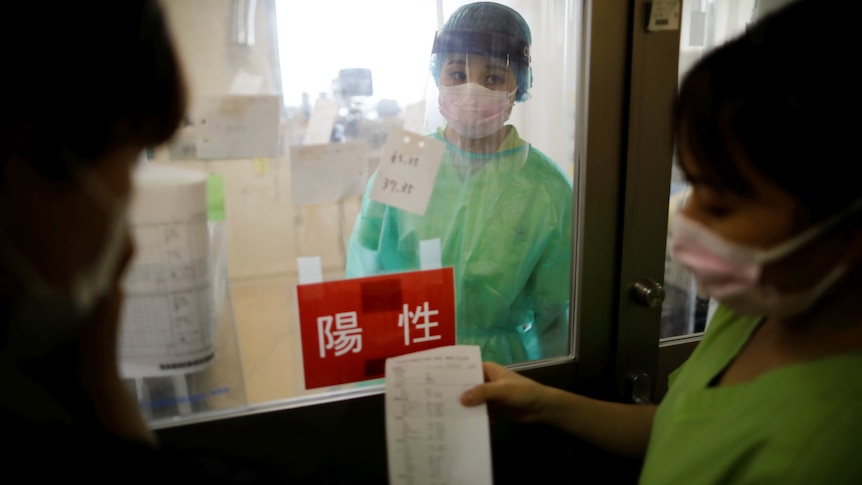 While some regions of Japan are struggling with serious coronavirus cases, Tokyo has so far kept a tentative grip on its outbreak. In three weeks, thousands of foreigners will descend on a city holding its breath.

While some athletes were "freaking out", Mr Perkins stayed calm.

"You had to adjust your plan, change the way you did your warm-up," he said.

"As it turned out all of the finalists were on the bus, so you know what? They're not racing without us."

One infection could break dreams

While preparing to compete in a qualifying event in the United States, two Aussie skateboarders and their coach tested positive for COVID-19, with the entire team disqualified from the event because they were close contacts.

"If you hit the eleventh hour and you test positive and you're out, that would be irreconcilably devastating," Mr Perkins said.

While Swimming Australia was doing "everything possible" to make sure that didn't happen, Mr Perkins admitted some positive cases at the games were "to be expected".

"Part of the activity that's still being worked through with the Olympic movement is how do we actually get athletes in and out of venues, the village, Japan, and do it in such a way so that if someone does test positive that you don't wipe out the whole team."

Dealing with defeat, or the end of your professional sporting career, is difficult at any time.

How athletes will cope with loss while quarantining for 14 days on their return to Australia is yet to be seen.

Mr Perkins understands athletes will be allowed to have a loved one voluntarily join them in quarantine.

"It's one of the little nuances I didn't realise until I got told … it makes sense," he said.

When asked to confirm this, the AOC said it was "currently finalising quarantine arrangements for the athletes' return".

However the AOC did confirm it would be running a program for retiring athletes called 'Olympian Opportunities'.

"It's designed to prepare athletes for life after their athletic careers, including managing the mental aspects of retirement through to financial advice and career placement," an AOC spokesperson said.

"Normally after an Olympics, especially if you are retiring, you know you step off the field of play after your last performance and you're pretty much on your own," he said.

"With the challenge of Japan and the pandemic, the Olympic committee is providing a much higher level of mental health support than they've ever done before."