When Esther Anatolitis feels the first icy blast of wind in her hometown Melbourne, she gets "absolute tingles of excitement".

"I delight in knowing it is time to pull out the woollens," the creative industry strategist says.

"I love the feeling of a cold blast of wind through my hair – it invigorates my brain and gives me a really, really sharp sense of focus."

Esther has lived in a number of places across Europe and has family in Canada.

When she chose to move to Melbourne, Esther says it was "really important" for her to find a place with four distinct seasons, where she could experience the cyclical nature of the world and our lives.

"I feel for those people in other parts of Australia who don't experience winter. I think it narrows your horizons."

A time for rest and retreat

While many people really struggle with winter (including those with seasonal affective disorder), Esther believes the colder months invite introspection.

Each year as the weather cools, Esther tries to take a week off work to reflect on the year that has been, and what is to come.

"I will go somewhere extra wintery in Victoria and I indulge in the embrace of writing and ideas that I haven't had the chance to think about," she says.

"It invigorates my writing for the year to come."

The modern world 'shuts winter out'

Not everyone enjoys the winter months.

But even if that's the case, author Katherine May, who recently published her book, Wintering: The power of rest and retreat in difficult times, encourages everyone to use the cold season to slow down.

After a period of illness some years ago forced Katherine to retreat from the world to recover, she now mimics that period of self-enforced lockdown each year.

She sees slowing down, both physically and mentally over the cooler months as vital to her health and wellbeing.

And just as some trees lose their leaves and animals that hibernate in winter, Katherine believes people should adjust their physical and mental behaviour to match the seasons.

"It certainly gives us an opportunity to rest, but it is also full of beauty, and our bodies need it I think," Katherine told ABC Radio Melbourne.

We usually think about the physical aspects of slowing down in the colder months — exercising less, staying indoors, gathering around a fire or table for warm meal.

But slowing down mentally is just as important, Katherine says, as it will prepare us to get through the metaphorical winters of our life — like illness, bereavement or relationship breakdowns.

"We can prepare, to be ready for when our winters come. And the first step in that is simply accepting it," Katherine explains.

Why slowing down could be just what the doctor ordered

Many people pride themselves on being busy, but with COVID lockdowns forcing much of the world into a "mass wintering", some of us have already felt the benefits of slowing down.

According to some researchers and health professionals, the "waking rest" is an essential part of a balanced lifestyle that allows the brain to "consolidate and process information".

The winter blues and darker skin 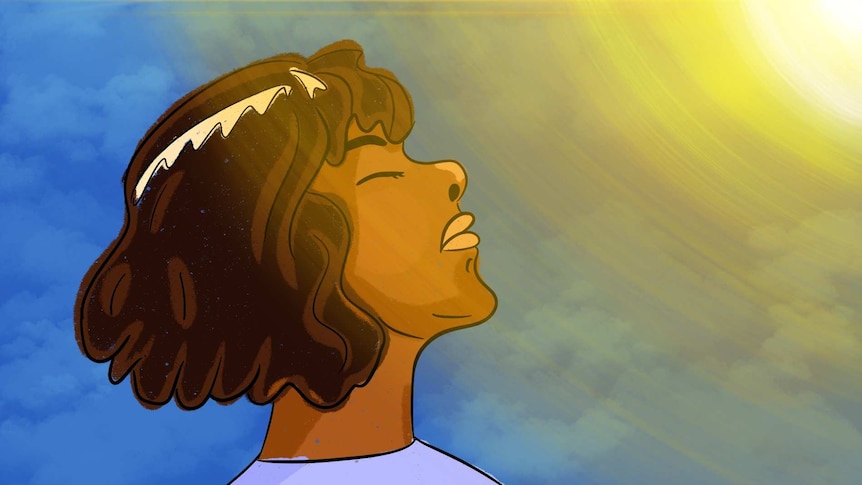 During the colder, darker winter months it's not uncommon for people to feel flat and struggle with motivation.

Waking rest is described by Amanda Lamp and her co-authors in the Sleep Research Society Journal, "as a period of quiet, reflective thought that allows the brain time to consider and process whatever arises spontaneously".

They say: "In our fast-paced society, there is always something keeping us perpetually in 'go' mode.

"This constant state of activity may be playing a major role in the mental health and sleep problems within our country.

"Through the implementation of waking rest, we may be able to ameliorate some of our nation's mental health and sleep problems."

So as the days become shorter and colder, if your motivation to do things diminishes, why not embrace it, instead of fighting?

"My winter. It's an open invitation to transition into a more sustainable life and to wrest back control over the chaos I've created."