By the time she was 12, her anxiety took the form of debilitating daily panic attacks.

"I felt like I was going to collapse, my body would entirely shake and convulse," Finlaey says.

"I was not able to breathe. My arms and legs would go numb, I would feel like I was about to die, or that my worst fear had come true."

Now 19, Finlaey's been navigating her mental ill-health, the support systems available to her and the social stigma that comes with all that for almost a decade. And she's not alone.

According to data from the Australia Talks National Survey, it's young people like Finlaey who are struggling the most with their mental health.

Across almost every mental-health-related question in the Australia Talks National Survey 2021, young people came off worse.

The survey found people under 30 were much more likely to rate their mental health as poor than older Australians.

Young women like Finlaey were also more likely than other groups to be worried about their own mental health, with 78 per cent of those between 18 and 24 saying it was somewhat or very much a problem for them personally.

Tegan Cruwys, an associate professor and clinical psychologist at the Australian National University in Canberra, says the national survey reveals stark differences that reflect a turbulent time for young Australians.

There's been a decline in people's mental health since the last Australia Talks survey in 2019, and across the board, many Australians said their mental health had worsened since the pandemic, including 52 per cent of those aged 18-24.

She notes that young people are much more likely to be working in casualised professions like hospitality and tourism, in positions where they haven't been eligible for support such as JobKeeper during COVID lockdowns.

"From an economic perspective, it makes sense that the last year has just been really tough on young people," Dr Cruwys says.

But the survey also shows young people are much more likely than older Australians to seek help from health professionals when they or someone they love are struggling.

So what's it like to reach out for support when you're struggling? We asked young Australians to share what they had learned from seeking help.

Sometimes it's hard to find help

Finlaey first sought out therapy when she was 12 years old. Living in Busselton, south-west Western Australia, there weren't a lot of options for public care nearby, so Finlaey found a private psychologist who diagnosed her with anxiety and depression.

After years of treatment, eventually Finlaey had to find another doctor, a psychiatrist, who could prescribe medication.

She tried to go through the public system to find someone at her local child and adolescent mental health services in Busselton.

"I was told that unless I had attempted suicide, self harm, or I was in a manic episode, they would not treat me and they would not see me," she said.

With limited local services available, Finlaey had to take a three-hour drive to Perth for regular appointments with psychiatrists there.

The financial and logistical burden took a significant toll on Finlaey and her mum, so she was offered the option of telehealth with a psychiatrist.

When you can't get help 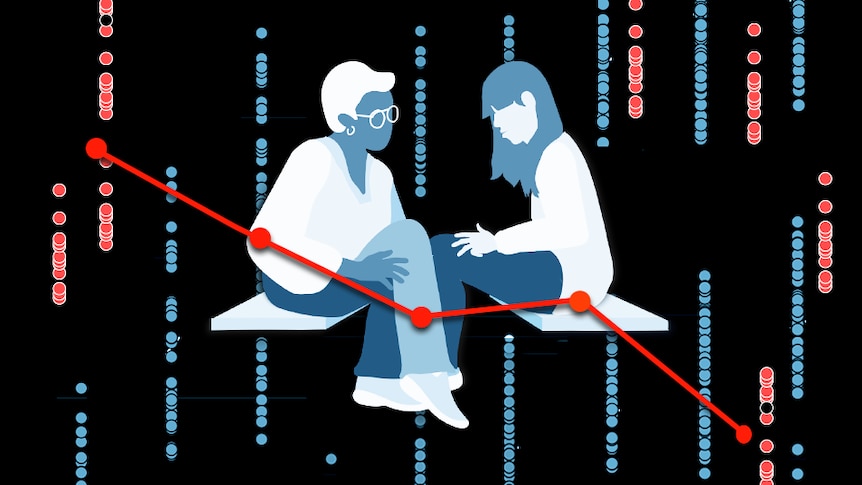 At some point, you might need mental health support. See how your postcode influences your chances of getting it.

Prior to the coronavirus pandemic, telehealth appointments — where patients speak to medical specialists via phone or video conferencing — were only funded for certain appointments and patients, mainly those in regional areas.

This was expanded in March 2020 so any patient could use telehealth to speak with GPs, mental health professionals, nurses or other specialists, and support services are pushing for things to stay that way.

Telehealth has been a lifeline for Finlaey, and something she's continued to access since moving from Busselton to Perth.

"It's definitely helped me especially through the pandemic or even on days that I'm just really struggling to get out of bed and leave the house," she says.

But she says it's not for everyone.

"There's nothing that can quite replace that human connection of sitting down and really talking to someone face to face, seeing their body language," she says.

"For some people, they do not feel safe in their homes or do not have a private environment to express how they're feeling."

When his family fled Pakistan for Australia in 2013, Hadi found the culture shock difficult to adjust to in what was already an anxious period of his life.

"In year 11 and 12 there was a turbulent time where I wasn't quite sure where I was heading with my qualifications and my future education," he says.

"As someone who is new to the country, is trying to find his way around, you don't really have the resources or let's say the networks to reach out and say, 'Hey, I need some help here'."

Hadi's family belongs to the Hazara community. Originally from Afghanistan, he grew up in Quetta, Pakistan, where the Hazara have been the target of violence and persecution for decades.

What to do when your therapist doesn't get your cultural background 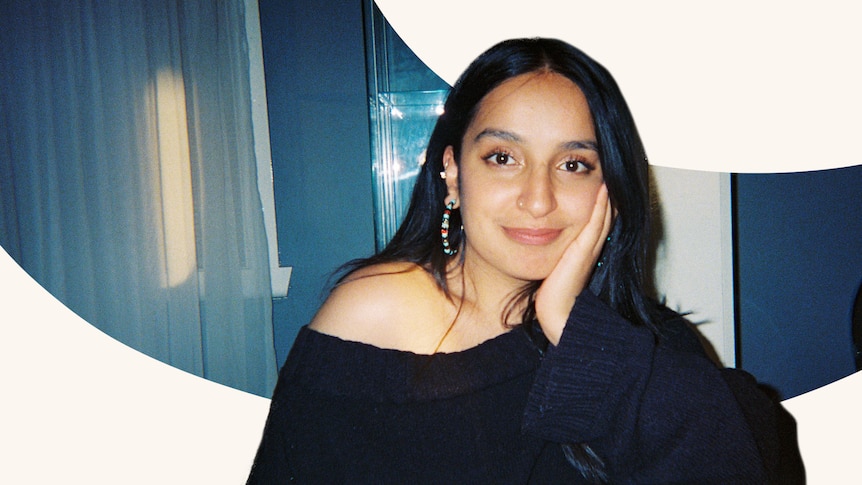 Knowing if a therapist is right for you can take time, especially if you want a psychologist who understands your cultural context.

Towards the end of his schooling, Hadi joined his local Headspace in Armadale, in Perth's south, to get more of an understanding about what he and the other young people in his community were going through and what kind of support was available.

"Many of the people in my community have gone through ... war, civil unrest, conflicts and the worst forms of ethnic cleansing," he says.

"I identified parts of their struggles, but I didn't quite get the whole picture."

Hadi found the mental health services available were often "quite alien" to young people like him given the added barrier of cultural understanding.

"It's really hard to put it in words [how you're feeling] when you don't have the language that accommodates it," he says.

"Suicide is something that's not spoken, it's not part of the community, and it's quite a taboo conversation."

Hadi takes a different approach when working with young people in culturally and linguistically diverse communities who are having a hard time, focusing on identity confusion and finding connection and belonging.

"We don't talk about like mental health, it's more around social and your emotional wellbeing," he says.

Find your people and build a support network

Dr Cruwys says those social connections are a crucial part of staying mentally healthy, and it's particularly important for young people to find ways to join social groups for that reason.

"Young people also are much more likely to report that they're lonely, and that they don't have those networks. That's a really important risk factor that we can be addressing, regardless of whether or not we're seeing the mental health consequences of that yet," she says.

The Australia Talks survey found overall, most people feel lonely at least some of the time. Among 18-24s, 32 per cent say they frequently or always feel lonely.

RESPONSES BY AGE FOR:In general, how often would you say you feel… Lonely?

"Supporting our mental health is not something we should only do when things go wrong," Dr Cruwys says.

"Knowing a little bit about what we can do to protect our mental health, for all of us all of the time, is a really useful thing to do so that we're not waiting until things start going wrong.

Keep trying. It really does get better

Dr Cruwys says for those who are experiencing mental distress, there are effective treatments available online and through the public system.

In addition to crisis lines and online support services operated by organisations like Beyond Blue, Lifeline and Headspace, Australians who've been diagnosed with a mental illness can access subsidised sessions with mental health professionals by seeking out a mental health treatment plan with their GP.

The most recent federal budget dedicated $2.3 billion to mental health, including $111.2 million to expand digital mental health services and $278 million for Headspace.

Dr Cruwys says the key to finding the help you need is knowing when to reach out.

"The sooner that people take action to get support for their mental health, the more likely it is to be effective, and particularly to be effective in small doses," she says.

For Finlaey, despite all of her struggles in accessing the support that she needed, she says seeking it out changed her life.

"If you don't find a mental health care professional at first who listens to you and understands you, please keep going," she says.

"It's so easy to be turned off therapy and turned off help when your first experiences are not that pleasant. But keep going because it has honestly changed my life seeking help.

"It does get better. I know that's so cliche but recovery isn't a linear process. It's up and it's down. And it's messy, and it's beautiful. And it's so worth sticking around for."

The Australia Talks National Survey asked 60,000 Australians about their lives and what keeps them up at night. Use our interactive tool to see the results and how your answers compare.

Then, tune in at 8:00pm on Monday, June 21 to watch hosts Annabel Crabb and Nazeem Hussain take you through the key findings and explore the survey with some of Australia's best-loved celebrities.