Ausnew Home Care | From radio to TV to books, Elaine Harris refuses to be pigeonholed for her lack of sight
🇦🇺 FREE DELIVERY ON ALL ORDERS AUSTRALIA WIDE
Cart 0
Cart 0

It was good luck more than anything else that got Elaine Harris her first job in broadcasting in 1979, she says.

But it is her hard work and dedication to the craft of storytelling that has seen her go on to work in radio, television and the written word for decades since.

"I have always loved words, have always been a bit of a performer, but didn't really know what I wanted to do with them or even if there was a career combining the two," she says.

"All I can say is that when I walked into my first radio station, it felt like coming home. Still does. I feel the same sitting down to work at my desk."

Elaine vividly remembers the day she got her first full-time contract with a radio station, as it was just one of two life-altering call she received that day.

"That night the phone rang … he was the head trainer of the nearest guide dog training centre in Britain … and he said 'We think we've got the right dog for you'," she says.

The next day Elaine went into the radio station to sign her new contract, and then jumped on a train to meet her first guide dog, Kati, to see if they could work together.

"It was love at first bounce. It was just wonderful," Elaine says, the joy of the memory clear in her voice.

"Kati and I started full-time work on the same day."

With Kati by her side and a reel-to-reel tape recorder under her arm, Elaine travelled all over the UK looking for stories and doing interviews as she took on any and all radio and storytelling opportunities that she could find.

"I was hungry. I wanted to work, I wanted more work," Elaine says.

In the early 1980s, Elaine and Kati made an even bigger trip when they got on a plane to come to Australia, where Elaine's husband, Chris, was already living.

"I landed some television interviews with Channel Sevens' weekend magazine sort of thing," she says.

Broadcaster to bureaucrat and back

Elaine's first job with the ABC was as a producer with ABC Canberra.

"I made it quite clear that yes, it was a producer's job, but I regarded myself as a broadcaster, and within a week I was recording interviews for the programs I worked for," she says.

In the '80s and '90s there were no computers with screen-reader software for Elaine, or anyone in the ABC, to use. All her work was done using a typewriter and a brailler, which she used to churn out all the notes she would need while broadcasting a program.

"I had the music by my right hand, the notes for the program directly in front of me and to my left were the community announcements and talking points so I could skip from one to another without any drama," she says.

It wasn't until the turn of the millennium that Elaine would get her first ABC work computer, when she was asked to work on the ABC's Disability Action Plan.

"I was neither a talented nor natural bureaucrat and the work came under the auspices of Human Resources," she says.

"I learned the hard way how to navigate the hierarchy, hitting a few crash barriers along the way."

Elaine says she found using bureaucratic language a challenge and would often get "bamboozled" by the confusing line management of the ABC.

She was also worried that being an employee with disability working on the disability plan could backfire on her.

"I worked so hard not to be pigeonholed," she says.

"I was not the blind broadcaster. A broadcaster who just happens to not be able to see, but it's not the centre of who I am and what I do.

Have you got a story to share with us about how the ABC changed your life? 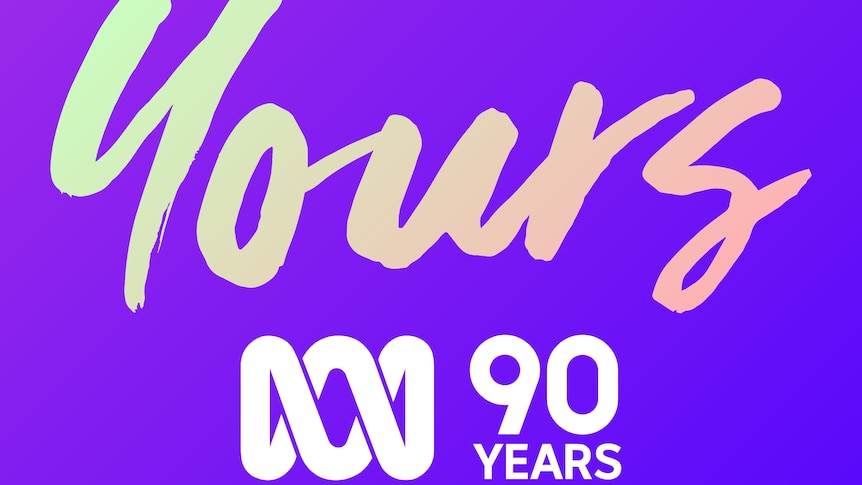 "Suddenly here I was, someone with a guide dog talking about the disability action plan and ABC policies and I thought 'oh God, I'm back to being pigeonholed'.

"The hardest thing for me was talking about quotas and percentages and employing people with disabilities. I don't believe in quotas, sadly I think that there might sometimes be a need, but it can lead to tokenism."

While being a bureaucrat was not Elaine's preferred job, she did enjoy some of the work she got to do at that time.

"My two main tasks were to collate a set of guidelines for broadcasters. Most of my part was gathering and precising mini biographies of people with disabilities successful in their own fields, exploding myths, stereotypes and generalisations along the way," she says.

"I also rounded up the panel for recording a 'Hypothetical' on disability and employment, before providing Geoffrey Robertson with extensive research notes.

"He hugged me afterwards to say thank you."

Robertson isn't the only celebrity to have given Elaine a hug. She has also hugged Audrey Hepburn before recording what she says is one of her best interviews.

But it's not a celebrity meeting that Elaine first mentions when asked about her stand-out memories as a broadcaster.

"The most moving was meeting a lady in Canberra when we returned six months or so after our move to Tasmania," Elaine says.

"She came to say thank you after I had addressed a Rotary club, and I paraphrase here:

"'My husband was a huge fan of yours. He would listen every day during his final illness and when I came home from work he would tell me what you'd said and the people you had interviewed. He died before you left and I am so relieved; I don't think he could have coped without you.'

"It still makes me cry."

And that's the real magic of being a broadcaster and storyteller for Elaine. How you connect with the audience.

"Above all, remember who you are there for," she says when asked for advice for new broadcasters.

"Were it not for the audience, made up of diverse individuals, you would not have a job!"

After the Disability Action Plan was released, Elaine returned to Tasmania where she was the presenter for the afternoon program until she left the ABC in 2013.